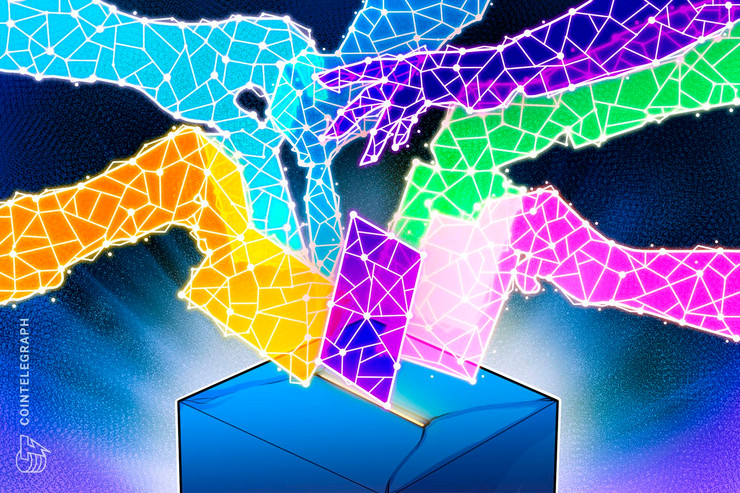 Blockchain voting is gaining more traction in the United States despite the abysmal failure of mobile voting at the Iowa Democratic Caucus earlier this month. Companies on the forefront of blockchain technology realize the potential of the products they are developing to not only transform the global economy, but also the way voters cast their ballots.

This week, Kaspersky Lab, a cybersecurity firm monitoring the cryptocurrency industry and emerging digital assets, did just that. The company unveiled a new type of a blockchain-based voting machine using Polys, the system released back in November 2017 designed to be an effective and secure way to vote online.

Voting trying to keep up with technological innovations

Though Kaspersky is headquartered in Moscow, the company has offices in the United States and around the world. Following the reports of Russian interference in the 2016 Presidential Election, U.S. citizens may see some of these innovations as alternative ways to vote in future elections.

Preventing election fraud with blockchain-based voting systems has already been explored by a few governments. The first country to use one in an election was Sierra Leone, which recorded approximately 70% of votes cast on the blockchain back in 2018. More recently, India’s Chief Election Commissioner announced their citizens would be voting with blockchain.

As the United States and other countries still rely on paper ballots for a number of elections, the alternative developed by Polys may offer voters the convenience of doing their civic duty in the comfort of their own home with the security of a crypto transaction. Roman Aleshkin, Project Lead for Polys, explained the benefits over traditional methods of voting:

“From speaking to our customers, we understand the issues and inconvenience they face when organising paper-based voting. As we see from our Polys platform, e-voting can solve some of these issues, allowing more possibilities for remote participation and even increasing turnout of younger people.”

According to Polys, voters will be issued unique QR codes or token. These can be scanned, allowing them to cast their votes on one of the new voting machines.

In crypto terms, elections running with this system would work like distributed ledger technology; the vote would be encrypted, while the link between the voter who cast it would be verified. Voters would then be able to confirm their vote had been recorded on the blockchain.

This method reduces the likelihood of fraud by verifying each voter receives only one vote for each election or primary. It also would eliminate the need for many polling places in urban centers where Internet connections are more reliable, further reducing costs.

Voting using the blockchain on mobile devices would allow voters to cast their ballots remotely, but it would also disadvantage certain voters. Anyone without access to a smartphone, computer, or high speed Internet connection might see more limited options for voting.

However, while the number of polling stations and booths might be reduced or relocated, those that remain would give voters the option of using these blockchain-based voting machines. Aleshkin explains:

“…if physical polling stations were to be closed completely, it would deprive and alienate certain groups of people from taking part in an election and making their voice heard. That is why we introduced our new voting machines. Working together with the online platform, they allow citizens to vote using the method they prefer, in a convenient and transparent way.”

In addition to potentially disenfranchising some voters, using the blockchain for elections runs the risk of hacking and data breaches, not to mention the possibility the system won’t work as intended.

In the Iowa Democratic Caucus, the app designed to record votes contained a coding error. This led to partial results being released as officials struggled to report the total number of votes.

Blockchain-based voting machines and voting with smartphones may provide voters in many countries with a more accessible and convenient way to cast their ballot. Maintaining the integrity of the electoral process with a verified and secure way to vote will be the challenge facing Kaspersky and other companies seeking solutions.

Be ready when a funder asks for a diligence package. Where shall we send the checklist?

You have Successfully Subscribed!

When you signup, we will be sending you emails with additional free content. You can unsubscribe with one click.